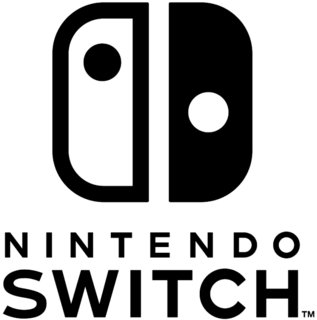 The Nintendo Switch is a hybrid console produced and released by Nintendo. It is a tablet with detachable controller units, known collectively or singularly as Joy-Con and can be played on a television using HDMI via a charging dock included with the console. It is the first Nintendo console with a multi-touch screen, a capture button and an Nvidia hardware architecture. It also features a kick-stand that allows the console to sit upright on any flat surface. It was officially revealed on October 20, 2016 and released on March 3, 2017 globally in most markets.[1]

On July 17, 2019, a revision of the Switch was announced. It features a longer battery life and better chip. It was made available for purchase in August in North America and Japan, and September in Europe.

On July 10, 2019, a version of the Switch more suited for handheld gameplay was announced. Titled the Nintendo Switch Lite, it features a smaller display, non-detachable Joy-Cons, and a traditional directional pad. It is exclusively for handheld play, and cannot be connected to the Nintendo Switch dock. It was marketed as a smaller, more affordable alternative to the Switch.

On July 6, 2021, a version of the Switch, titled the Nintendo Switch (OLED model), was announced. It features a larger, OLED display, a brand new dock with a built-in LAN port, increased storage capacity, enhanced audio, and a new adjustable stand for tabletop mode. It was marketed as a more premium alternative to the Switch.

The Legend of Zelda Games

The following games can be purchased as physical Nintendo Switch game cards or digitally from the Nintendo eShop.

The following games can be purchased as physical Nintendo Switch game cards or digitally from the Nintendo eShop, and feature notable elements from The Legend of Zelda series.

The Legend of Zelda Icons

Nintendo Switch users can select among 18 total The Legend of Zelda-themed Profile Icons.